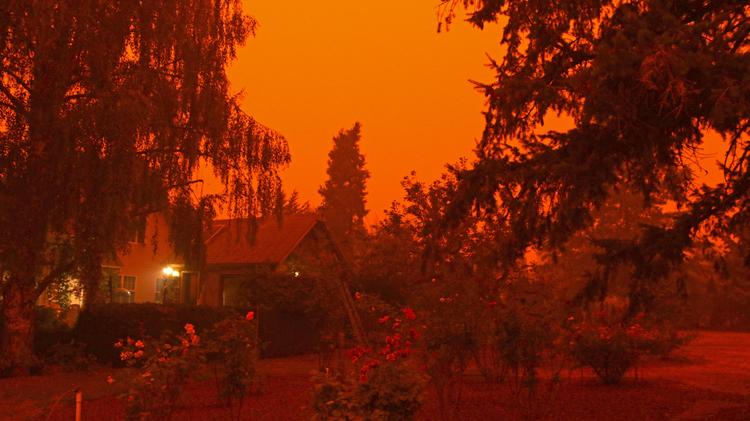 Wildfire season in Oregon is officially here as the state is battling dozens of fires from the coast to the most rural areas.

In response to the growing threat from wildfires, Governor Brown issued a ‘dire warning’ this week encouraging all Oregon residents to be on high alert as the state is battling 48 wildfires across Oregon that have so far burned more than 500 miles.

3,000 Firefighters Are Battling The Fires In Oregon

With 3,000 firefighters battling the wildfires across Oregon, the 2020 wildfire season is poised to be the worst ever because the ground is the driest that it’s been in years, and Santa Ana winds are blowing gusts up to 50 miles per hour so it’s easy to see how every town in Oregon is threatened.

As of today, the small Oregon towns of Phoenix and Talent Oregon, both located 9 minutes apart from each other, have been almost wiped out by fires that have ravaged Southern Oregon.

Sadly, aside from the damage and loss of life from the fires, the smoke from the fires has left its mark on the sky across Oregon and made the air very difficult to breathe for people with asthma and other respiratory conditions.

During the Governor’s recent press conference, she also urged Oregon residents to stop reporting smoke calls to 911 since the state’s emergency system has been slammed with smoke calls in recent days.

Since it’s been a drier year than normal, the entire State of Oregon from the coast, to eastern Oregon, is essentially a ‘tinderbox’ that’s providing fuel for the fire, especially in towns like Lincoln City, the well-known Oregon Coast town, that recently ordered half of its population to evacuate.

Thankfully, firefighters expect the fires to slow down soon as the wind patterns are expected to revert to their normal pattern of blowing in from the Pacific Ocean and this should give fire crews the ability to finally make progress defeating the fires across the state.

2020-09-10
Previous Post: The Last Blockbuster Video Is Now Listed For Overnight Stays On Airbnb
Next Post: Oregon Sight Seeing – Learn More About The Top Attractions In The State