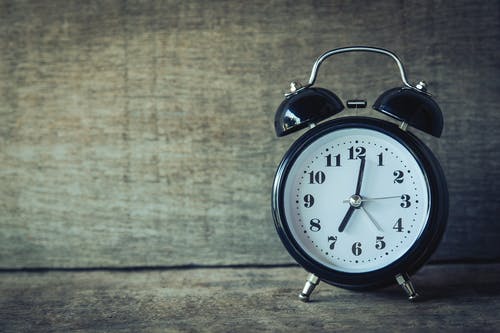 When Does Daylight Savings Time End?

Invented by George Hudson, a German inventor in 1895, daylight savings time has been part of the world for over 100 years.

November 1st, 2020 Is When Daylight Savings Time Ends This Year

Love it, or hate it, we are almost at that point once again in the year where it’s going to come time for us to set our clocks back one hour.

When should you set your clock back one hour? The answer is October 31st because daylight savings time officially ends at 2:00 am on November 1st.

Thankfully, in today’s world, because most people use their mobile phones for everything, the clock on your phone should set itself back one hour automatically so you won’t have to worry about waking up later or missing your morning yoga session because you got there an hour later than normal.

Will Daylight Savings Time Ever Come To An End In Oregon?

Daylight savings time is always going to be controversial because there’s going to be some person who hates the idea of springing forward or falling back one hour.

Over the last year, Oregon Senate Bill 320 was approved which was supposed to eliminate daylight savings time in Oregon forever.

The only problem is that California and Washington both have to adopt similar deals and Congress has to approve this bill for daylight savings time to become a thing of the past in Oregon so we have to continue with it as before.

2020-10-09
Previous Post: Where To Go For An Oregon Mini Vacation
Next Post: Painted Hills – Discover One Of the Most Beautiful Destinations In Oregon