Thanks to the latest data from Commercial Café, we know that Portland Oregon ranks #10 among the top cities in the United States for women working in STEM (science, technology, engineering, and math).

STEM occupations account for nearly 7% of all U.S. occupations and STEM workers play an important role in America’s innovative capacity and global competitiveness. They are our engineers, medical scientists, sociologists, and informational security analysts.

National STEM/STEAM Day is celebrated every year on Nov. 8 to encourage kids to explore their interests in the fields of science, technology, engineering, art, and math.

In 2019, there were nearly 10.8 million workers in these occupations, according to Census Bureau estimates.

Portland Is A Top Oregon City For STEM Careers

Besides being a beautiful place for outdoor recreation, Portland is one of the top cities in the United States for STEM careers, and the only city in Oregon that ranked high on the list for these specific careers.

Portland-area women who work in these fields earn more than other women across Oregon. AS of 2021, the median income for PDX area women working in STEM is around $70,500, a growth of 25.5% since 2015, the fifth-largest increase among the top ten western U.S. cities.

Nationally, the top 3 cities for women working in these careers are New York, San Francisco, and Seattle.

Science, technology, engineering, and mathematics (STEM) occupations are expected to experience rapid growth in the coming decade.1 Technology and engineering is among the top sought-after skills in the United States.2 However, a gender gap in persists across the world.

The Future Looks Bright For STEM Job Growth In Portland

As of 2021, there are more than 400 science and technology jobs available in the PDX area including research scientist, biologist, and many other scientific positions.

With the wide variety of STEM jobs available in Portland, the future looks bright for women in the PDX area job market, especially as Covid-19 becomes a thing of the past as more people get vaccinated, businesses open up and Portland slowly begins to return to normal. 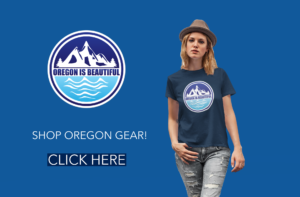 2021-03-25
Previous Post: Indoor Dining Is Expanding Across Oregon As Covid-19 Levels Are Declining
Next Post: Top Chef Returns To TV With Season Based In Portland