Located in Deschutes County, Bend is the fifth largest city in the State of Oregon and it’s easy to see why because its location makes it an ideal place for anyone to live who loves hiking, biking, paddle boarding and staying active all year long.

Originally named “farewell bend” by early pioneers who became aware that the future destination of Bend would make an ideal spot for a town, the name was shortened to Bend by the United States Postal service.

Over the years the city has gone from being a small logging town that was mostly inhabited by residents who worked for the Pilot Butte Development Company, to a major town in Oregon with an estimated population of close to 100,000 residents.

An Ideal City for Relocation

In the last 10 years more, people have relocated to Bend Oregon to escape the high cost of housing in other major cities in the United States but they’ve also chosen this city because Bend offers excellent weather, unrivaled beauty and an easy commute to Portland Oregon or other cities in the United States thanks great airports in Bend and Redmond.

Bend has also developed into great art and culture city as well where you can enjoy live music at venues like the Les Schwab Amphitheater or excellent art in town thanks to Bend’s First Friday’s art walks.

If you love craft brewing, Bend is also one of the top cities in the United States (like Portland Oregon) where craft brewing has thrived.

Here you can find tons of great local breweries like Deschutes Brewery. If you come to Bend Oregon over the weekend don’t miss your chance to take the Bend Ale Trail Tour because it’s a great way to sample locally brewed beer without having to stress about driving because you can sit back and enjoy yourself while you’re being shuttled from one distillery to the next.

People who live in Bend Oregon are generally more “chill” or relaxed than other cities in Oregon because they’ve managed to achieve a work-life balance and you can catch them on weekends either spending time on local trails or surfing at Bend’s wave park.

Another great reason to come to Bend is that the city has been named as one of the “Dog Friendliest” cities in the United States.

The city earned the distinction thanks to its many off-leash dog areas, as well as pet-friendly businesses and establishments. Those who love dining alongside their neighbor’s dachshunds will get a kick out of the perpetual presence of pets. 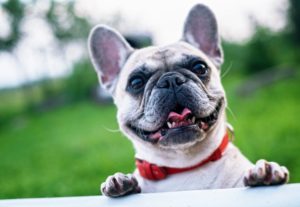 What’s your favorite thing about Bend Oregon? Leave us a comment below!