Where Are The Best Lighthouses In Oregon?

Where Are The Best Lighthouses In Oregon?

Are you planning on taking an Oregon Road trip this summer? Who isn’t right?

After living through the lockdowns of 2020, it’s going to feel liberating to get in the car and hit the road. But the big question is where should you go?

Why not visit our states lighthouses this summer?

In this article, we will share with you more information on where are the best lighthouses to visit in the State of OR. 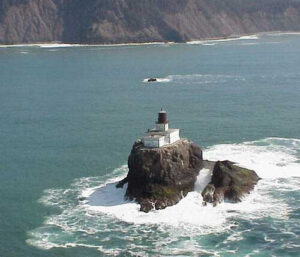 Located off the Coast of Ecola State Park is the iconic Tillamook Rock Lighthouse.

This Portland Lighthouse was Commissioned to guide ships entering the Columbia River, from 1881 to 1957. Since the lighthouse was decommissioned, it’s changed hands over the years and it currently doesn’t have any public access but it’s visible from the Oregon Coast Trail.

The best views of the lighthouse can be found from the OR Coast Trail on Tillamook Head, between Ecola State Park and Seaside. 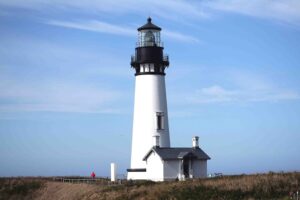 Built in 1871, Yaquina Bay only operated for three years, replaced by the much taller Yaquina Head Lighthouse.

The lighthouse is located in Newport, Oregon, it’s owned by the State of Oregon’s and Recreation Department, and it’s open to the public. 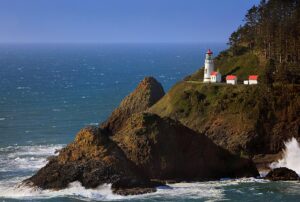 Another lighthouse that’s well worth the stop during an Oregon Road trip is the Heceta Head Light House.

It’s light, now an automated beacon can be seen 21 miles from land and is the strongest light on Oregon’s Coastline.

Besides the lighthouses mentioned in this article, some of the others that you should consider visiting include Cape Arago lighthouse, Coquille River Lighthouse, Cape Blanco Lighthouse, and Pelican Bay Lighthouse.