$400 Per Week Unemployment Boost – Will Oregon Sign Up For It?

If you follow unemployment news, you know that on August 8th, President Trump approved a short-term unemployment extension of $400 per week that’s projected to last for only about 3-4 weeks.

President Trump’s bill can be seen as a “stop-gap” bill that will continue providing Federal funds until Congress is finally able to approve a long-term Coronavirus relief bill that will include money for the unemployment boost in it. 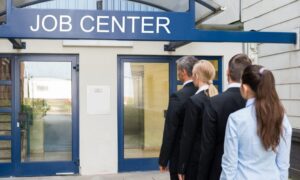 About The $400 Per Week Unemployment Boost

As of today, the State of Oregon still has not indicated that it will sign up for Trump’s unemployment extension because the President’s plan actually provides $300 per week in unemployment assistance per week, and Oregon would have to provide the additional $100 to bring the total unemployment boost to $400 per week.

The State of Oregon will likely apply for President Trump’s $400 per week boost because David Gerstenfeld, Oregon Employment Department Acting Director, said in a recent interview that he’s delegated staff to ‘work on it’ although his office hasn’t applied for the funds yet.

Most states are opting to sign up for the $400 per week boost with the knowledge that they must pay $100 per week out of their own state funds.

If Oregon does ultimately apply for the $400 per week boost, it’s likely, this money will only pay for the three-week period that fell between July 26th and August 15th, 2020. 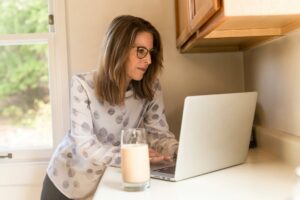 Will A Long-Term Federal Unemployment Boost Be Approved?

Once President Trump’s $400 per week Federal boost has been paid out to states, the big question is when will a long-term extension of the unemployment boost be passed by Congress?

Sadly, recent interviews with White House Chief of Staff Mark Meadows have indicated that another Coronavirus relief bill, which includes unemployment relief, might not be signed until as October.

2020-08-27
Previous Post: OREGON COAST
Next Post: Is September A Great Time To Travel In Oregon? The Answer Is Yes!