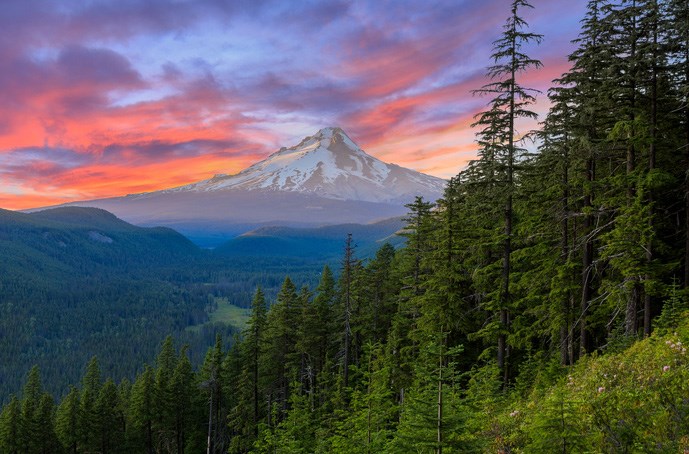 Mount Hood – One of The Top Places to Visit in Oregon

Are you planning on visiting Oregon? If so, one of the top places that you should visit while in Oregon is Mount Hood.

Mount Hood offers the tallest peak in the State of Oregon and since it’s just one hour away from Portland, you can easily add this Oregon destination to your journey and enjoy the beauty of Mount Hood all year long. 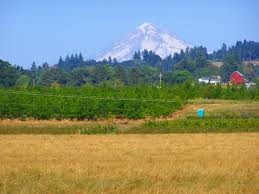 Mount Hood, called Wy’east by the Multnomah tribe, is a potentially active stratovolcano in the Cascade Volcanic Arc. It was formed by a subduction zone on the Pacific coast and rests in the Pacific Northwest region of the United States. It is located about 50 miles (80 km) east-southeast of Portland, on the border between Clackamas and Hood River counties. In addition to being Oregon’s highest mountain, it is one of the loftiest mountains in the nation based on its prominence. 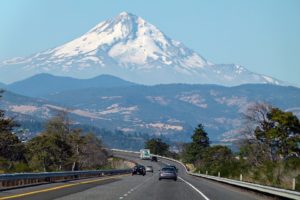 When Is the Best Time of Year to Visit Mount Hood?

The best time of year to visit Mount Hood is from July through September because the weather is warmer in the Hood River Valley and since there is some summer snowfall here, you may be able to do some skiing during the summer months as well.

If you’re an avid skier though, you will want to visit Mount Hood in December or January because depending on snowfall, these are generally the best months that you will have optimal skiing or snowboarding conditions.

Hood is the highest mountain in Oregon; the 4th highest in the string of Cascade Mountain Range volcanoes that stretch from Mt. Garibaldi in British Columbia south to Mt. Lassen in Northern California.

Hood is a dormant or “sleeping” volcano, with steam constantly spewing from fumarole areas.