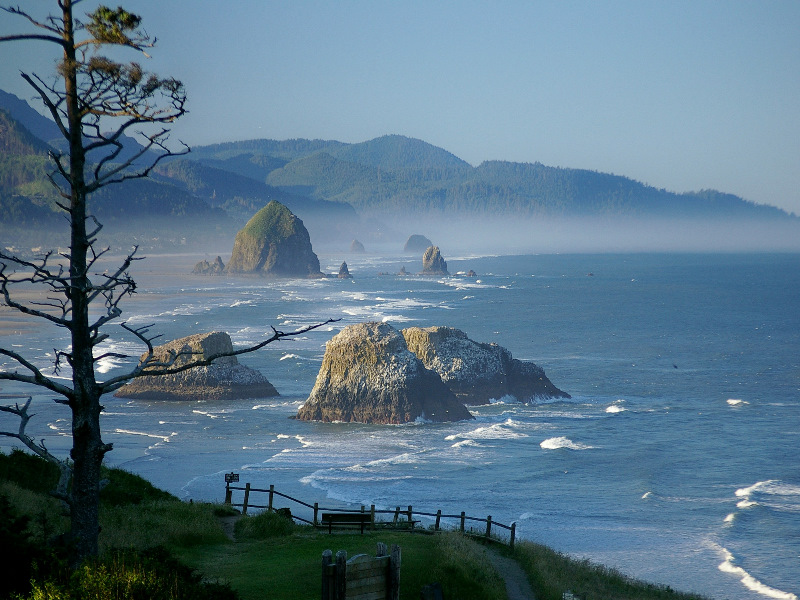 Ecola State Park is on of the most scenic viewpoints along the Oregon Coast. A trip to Oregon would be incomplete without a visit to this outstanding viewpoint!

Ecola was the site of the Corps of Discovery’s 1806 trek over difficult terrain to see a beached whale.
Today, it features several miles of hiking trails through old growth forest and several beaches. Haystack Rock and the Needles are visible from many sites in the park.
Much of the 1985 film The Goonies was filmed there, and the school picnic scene in Kindergarten Cop, the final scenes of Point Break, and scenes of Twilight were filmed at Indian Beach in the park includes the Bald Point Site,

This is a MUST SEE Oregon Destination! 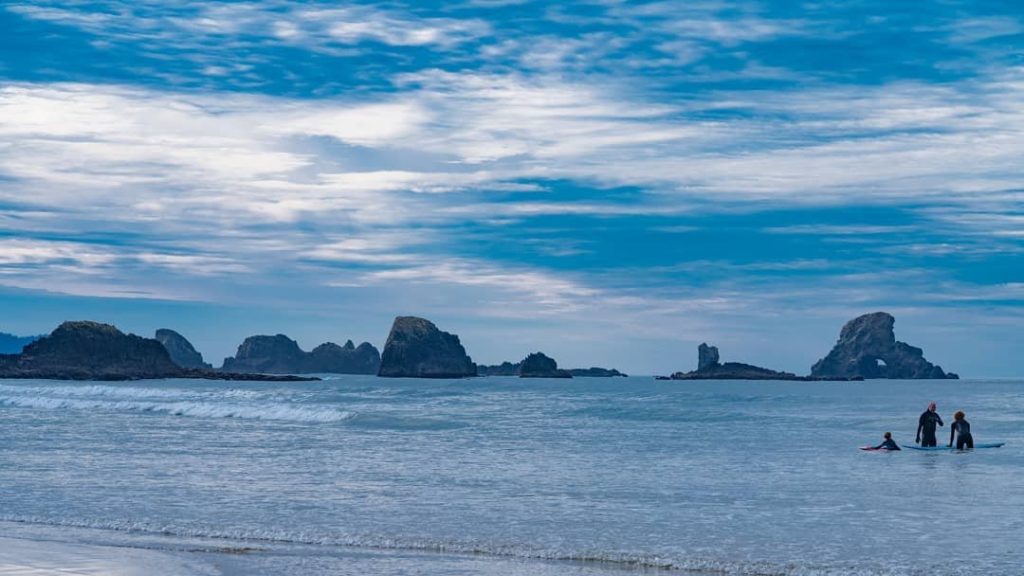