Cannon Beach – The “Hidden” Gem of The Oregon Coast

Lewis and Clark chose to winter at nearby Fort Clatsop and infrequently stopped in the Cannon Beach area to trade with local Indians plus develop the network of trails that are still in use today.

The original name for Cannon Beach was Ecola Creek but, by the 1890’s the town decided to change the name once again to Cannon Beach after a cannon from a United States Navy schooner washed ashore.

With a population of under 2,000 people, Cannon Beach continues to retain the charm and coolness that people have come to know and love about the Oregon Coast over the years.

The Cannon Beach Coastline is defined by haystack rock, the massive rock that sits just a few feet from shore and it’s been photographed thousands of times over the years by visitors who fell in love with the charm of the area.

Haystack Rock is home to several bird species who nest there during the summer. One of the most popular and colorful birds to see is the Tufted Puffin. Puffins nest on the rock from April through July and are best viewed throughout June and July. They are squat, black birds with large, bright orange bills, white facial features and tufts of yellow feathers above the eyes. Look for them on the grassy north slope of Haystack Rock. 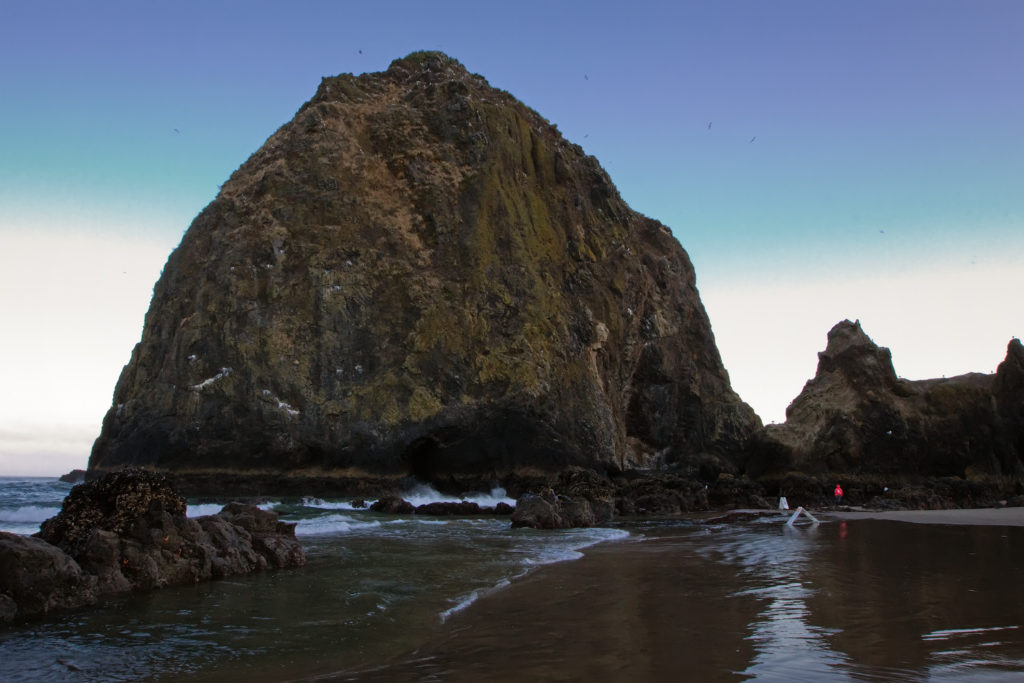 In reality, Cannon Beach is a great place to visit all year long, especially if you enjoy the changing of the seasons, love rain and want to have a connection to the sea that fishermen and sea captains once felt when they came here for the first-time years ago.

To learn more about Cannon Beach visit the city’s website at www.cannonbeach.org

2018-10-24
Previous Post: Beaverton – Learn more about one of the most popular cities in Oregon
Next Post: Ashland – One of Oregon’s Best Small Towns